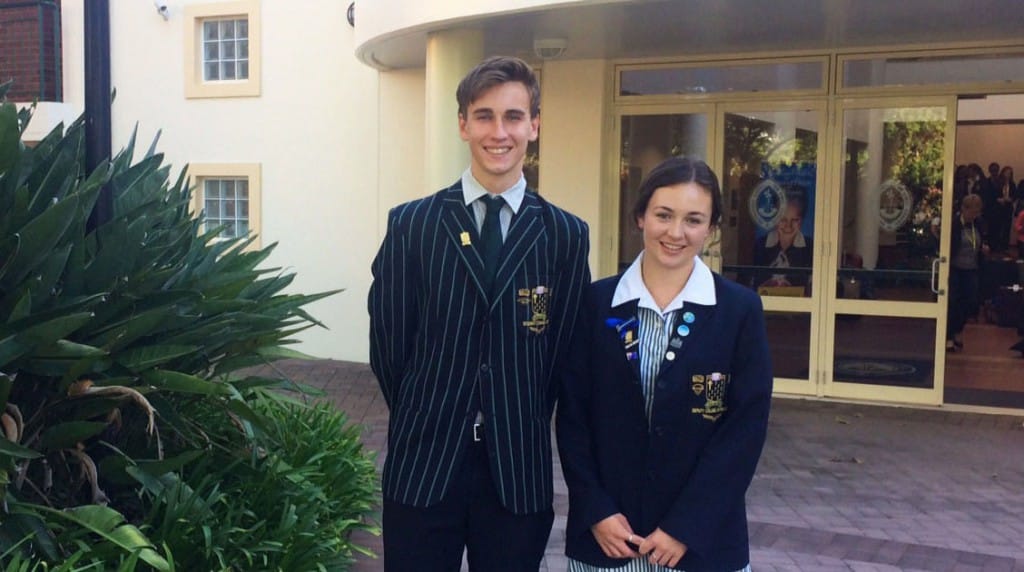 The regional finals of the VCAA Plain English Speaking Award were hosted at Toorak College in Mount Eliza on Tuesday 23 May, and St Leonard’s College was represented by year 12 students Sam Chilcott and Niamh Nolan. In an outstanding achievement, Niamh was awarded first place and qualified to compete in the semi-finals to be held in June.

The VCAA Plain English Speaking Award is a prestigious competition open to year 11 and 12 students, and comprises the most talented speakers from government, Catholic and independent schools across the state. The competition requires candidates to perform a short speech on a social issue as well as an impromptu speech, with a focus on speaking in ‘plain English’, that is, avoiding verbose, pompous or ineffectual language.

Niamh spoke about the need for genuine, truth-based engagement with news media in a world saturated by social media algorithms and political tribalism, while Sam argued that determinism proves that agency is a myth and thus, regret is an unproductive emotion.

The competition was gruelling with many talented speakers taking the stage. Both Niamh and Sam performed exceptionally well and we congratulate them both on their fantastic efforts.

The College also wishes Niamh the very best of luck as she prepares for the semi-finals.