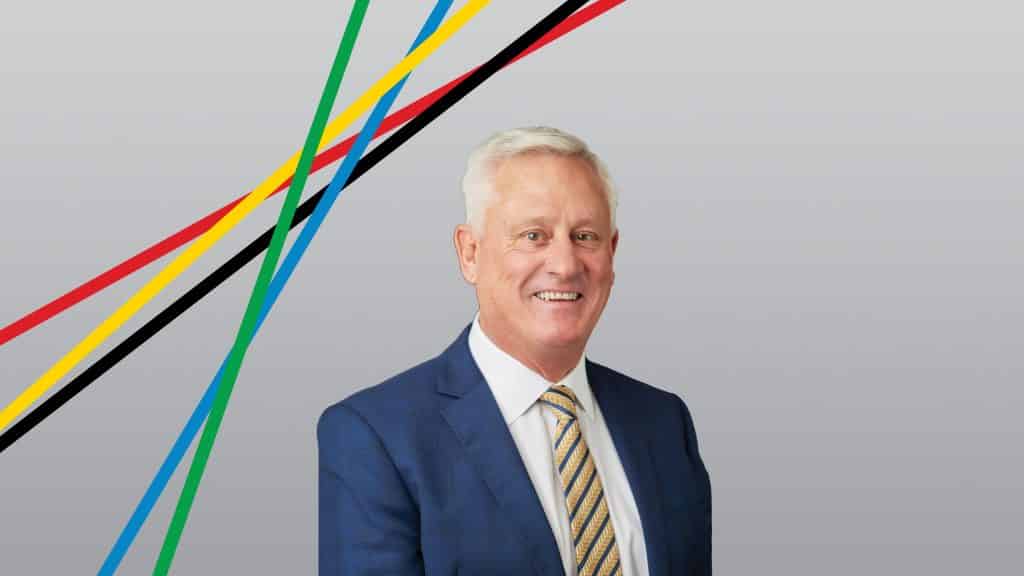 Ardent lovers of the Olympic Games will declare the 2020 (2021) Games to have been the ‘Greatest Show on Earth’, especially given the ominous presence of COVID-19. Tokyo 2020 was not only a remarkable achievement by the Japanese people, it also represented another brilliant achievement by the IOC, who must be delighted that their vision of Olympism has grown ever stronger since the Tokyo Olympic Games in 1964.

Despite the presence of COVID-19, the world has again been enriched by an experience that sought to connect people of all nations. The Journalist, Ian Marshall, captured the sentiment for Tokyo 2020 (2021) in his article: Faster, Higher, Stronger; Olympic Games motto never more true in which he wrote:

“The Olympic Games, more than any other experience on planet earth is a unifying force, it brings together athletes from a wide range of ethnic, cultural and religious backgrounds. Moreover, it is a test; for most to pit their skills against the best their discipline has to offer, for the very elite to set new standards, break world records.”

He also reported on the speech given by Dr. Tedros Adhanom Ghebreyesus (Director General WHO) to the IOC in which Ghebreyesus shared a similar appreciation of the power of the Olympic Games: “More than any other event, the Olympics have the power to bring the world together, to inspire, to show what is possible.”

Unlike Marshall, Ghebreyesus’ focus was not on the skills and character of the athletes, but upon the lack of moral fortitude demonstrated by the major powers in response to the world’s greatest challenge, the COVID-19 pandemic.

“The pandemic is a test, and the world is failing; more than four million people have died, and more continue to die. Already this year, the number of deaths is more than double last year’s total. In the time it takes me to make these remarks, more than 100 people will lose their lives to COVID-19 and by the time the Olympic flame is extinguished on the 8th August, more than 100,000 more people will perish.”

Ghebreyesus was openly critical of the distribution of vaccines and the likely impact of the statistic that 75 per cent of all vaccines were administered in just 10 countries, with many low-income countries recording as little as one per cent of their population as having received at least one dose.

In his presentation, Ghebreyesus sought to draw a connection between the inalienable rights of all human beings and the goal of Olympism: which is to place sport at the service of the harmonious development of humankind, with a view to promoting a peaceful society concerned with the preservation of human dignity.

He also sought to reinforce the IOC’s ‘Working Principle’ of ‘Unity in Diversity’ and its implications for non-discrimination, which lie at the very heart of Olympism and are underpinned by the three core values of Excellence, Respect and Friendship. If one includes the four additional values of the Paralympics: Determination, Inspiration, Courage and Equality, the alignment of Olympism with our College theme: Diversity • Equity • Respect • Friendship becomes evident.

A call for gender equity resulted in the IOC adding 18 new events resulting in female representation increasing to 49% of competitors, with teams from China, the USA and Great Britain selecting more female competitors than males. This complements the requirement imposed in 2012 that all nations are represented by women and men, which ensured the three Muslim countries who had never previously sent a female athlete: Qatar, Brunei, and Saudi Arabi, finally bowed to IOC pressure.

Racial discrimination continues to lie unresolved more than 50 years after Tommie Smith and John Carlos’ Black Power salute on the podium in Mexico 1968, which also caused significant repercussions for Australia’s Peter Norman. An example in Tokyo was the banning of female Namibian athletes from events between 400 metres and one mile because they have naturally occurring higher levels of testosterone and yet this did not prevent the Namibian teenager Christine Mboma from winning a silver medal in the 200 metres – mystifying! If sporting bodies are to universally ban those with a natural advantage it is hard to imagine what specific criteria one might choose to be the determination of unfair advantage for basketballers, high jumpers, shot putters, marathon runners, gymnasts..!

Gender ‘verification’ is another significant issue, and whilst female competitors are no longer subjected to demeaning sex testing comprised of humiliating ‘nude parades’ imposed by the IOC in the 1960s, or the subsequent chromosome testing and SRY gene detection used until Rio2016 to determine whether an athlete should be disqualified, the recent experiences of the New Zealand weightlifter, Laurel Hubbard, reflect the matter is yet to be fully resolved.

Such is the accessibility of all athletes and global interest groups to the media that athletes are no longer left solely at the mercy of their national government, organisational bodies or the IOC. Despite this, the IOC continues to try and prevent athletes from expressing their socio-political views with the president, Thomas Bach, recently declaring that: “The podium and the medal ceremonies are not made… for a political or other demonstration. They are made to honour the athletes and the medal winners for sporting achievement and not for their private views.” Bach’s comments brought the disdain of many athletes including that of the LGBTIQ+ American shot-putter Raven Saunders who gave no warning of her intent to take advantage of her success to defy Olympic organisers by protesting on the podium. She raised her arms in an X shape after collecting her silver medal and explained that: “X is a place, it’s the cross-intersection where all people who are oppressed meet. Shout out to all my black people. Shout out to all my LGBTQ community. Shout out to all my people dealing with mental health. I represent a couple of those communities, so I pretty much wanted to use my platform to stand up for everyone.”

The Olympic Games have become one of the most important fora for addressing discrimination and the IOC face a complex challenge if they are to continue to address the myriad of competing perspectives that influence the games and the thousands of athletes and billions of supporters whose social interests are not overtly recognised by the IOC or other bodies. It may be helpful for this august body to consider the German social philosopher, Axel Honneth’s ‘recognition theory’, which addresses the fundamental reasons behind social protests. Using Hegel’s concept of ‘mutual recognition’, which acknowledges that all people are equally mutually free, Honneth created a theory of social movements that reinforces the importance of the individuals involved by providing three forms of recognition:

• Love – that forms the basis of confidence

• Legal recognition – that confirms all are equal

• Solidarity – that provides self-esteem by being perceived to be socially valuable.

Honneth shared his belief that all three forms of recognition are necessary for people to feel truly free and that being denied any of these forms of recognition will form the basis of the motivation for social unrest, especially when this disrespect is perceived to be shared by a controlling body, government, social caste system or the like. Whilst there have been many reviews of archaic rules and practices to help advance underrepresented groups, there is still much to be done to break down the structures and rules that discriminate against all forms of inequality whether these be race, ethnicity, gender, religion, ability, sexuality or other identity groups.

If we are to embrace Olympism, or what we may reference as Leonardianism, then we must continue ‘…to strive, to seek, to find, and not to yield’ (Tennyson) until we embrace ‘Diversity’, ‘Respect’ difference and create an ‘Equitable’ world that fosters ‘Friendship’.

With the Paralympics about to commence*, we will once again be reminded of the importance of ensuring sport at the highest level is accessible to all people so we can be inspired by the brilliance and the courage of athletes with diverse abilities. I suspect Sir Ludwig Guttmann did not realise his idea to organise a sporting competition for injured World War II soldiers at the Stoke Mandeville hospital on the opening day of the London Olympics in 1948, would give birth to an event we know today as the Paralympics. This event, even more so than the Olympics, provides the platform to challenge societal norms and demand adjustments are implemented to ensure people of all abilities can realise their dreams.

It should be evident to all, that the Olympic and Paralympic Games have become more important than merely quadrennial sporting contests engineered to entertain and incite national fervour; they have become the single greatest opportunity to throw a global light on the injustices that need to be addressed. If we are to embrace Olympism, or what we may reference as Leonardianism, then we must continue ‘… to strive, to seek, to find, and not to yield’ (Tennyson) until we embrace ‘Diversity’, ‘Respect’ difference and create an ‘Equitable’ world that fosters ‘Friendship’.

*Correct as at the time of writing.