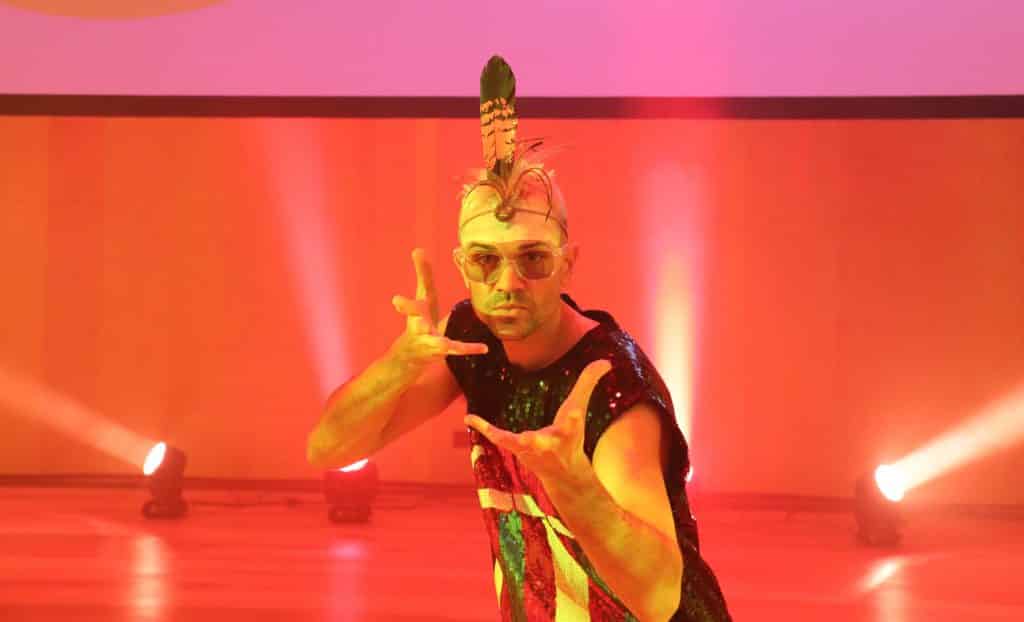 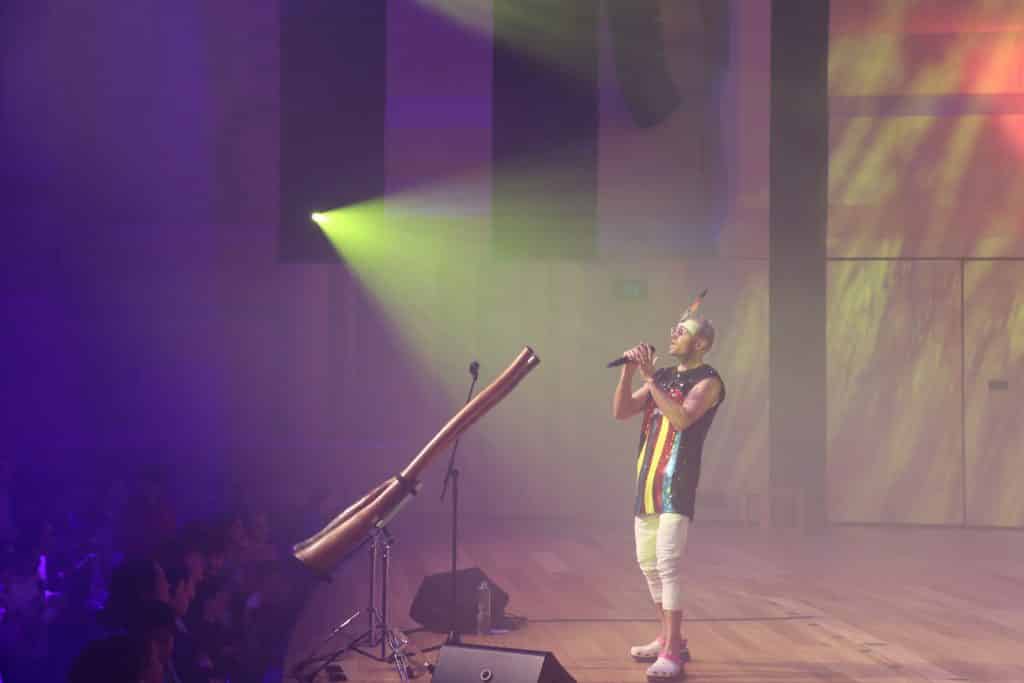 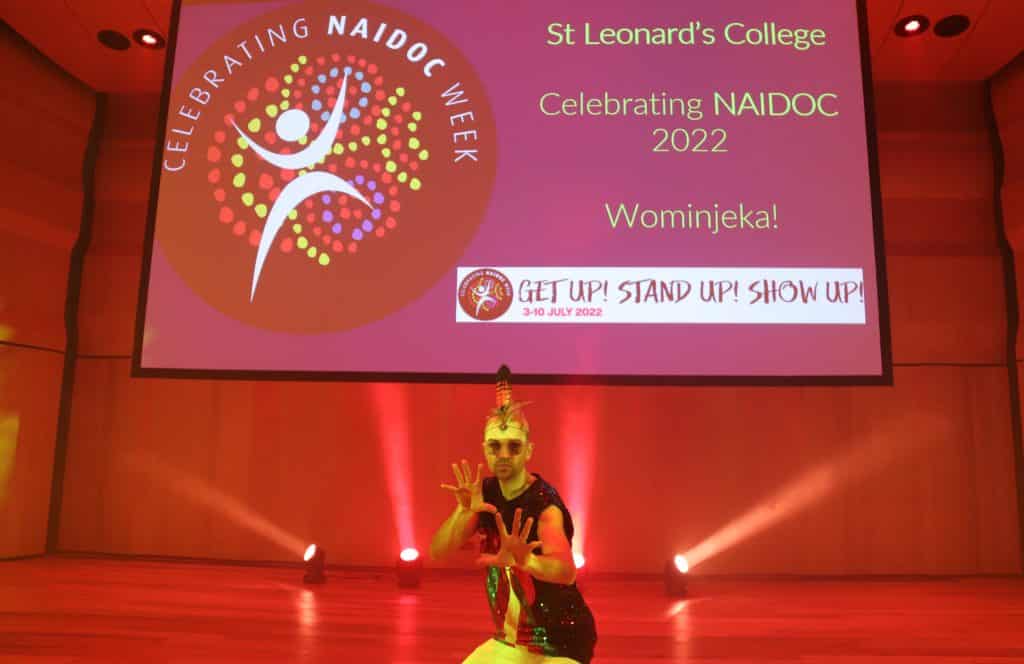 Mitch Tambo, a proud Gamilaraay man, delivered a powerful performance to our years 5 to 7 students in the Leonardian Centre on Friday 24 June to celebrate NAIDOC week, performing a selection of his songs, and generously providing an opportunity for our students to ask questions to learn more about him and Indigenous culture.

Mitch’s music had all of our students and staff up on their feet dancing, and in contrast – quietly listening as he shared the inspiration behind the lyrics of his songs which contain profoundly important messages.

One such song was Dreamtime Princess which Mitch shared was about honouring, empowering and celebrating First Nations women and women everywhere. He shared confronting stories of the hardships faced by Indigenous women and the alarming statistics with regards to domestic violence and abuse of our First Nations women who face the highest rates of domestic violence in Australia and around the world.

Mitch spoke of his deep respect for women and his own mum who raised him as a single mother. He shared the importance of the role she played in shaping him to be the man he is today. He spoke of raising his four daughters, and how important it is for young men to show respect to women. Dreamtime Princess is also a reminder that the women in our Indigenous community come from the oldest living culture in the world and are considered “Royal Queens”; their capacity to bring new life into the world should be deeply honoured and revered.

Another song Mitch spoke about was titled Heal which he wrote after losing his father to cancer as a 22 year old. He spoke of the importance of grieving and acknowledging our feelings when we are faced with adversity and challenges in life. He assured our students that it is okay to cry, sometimes that is what we need to do to unblock the river within our own spirits to allow the joyful flow of life to move through us again. He used the example that just as the river cleanses Country, we need to allow the tears to flow and to talk about how we feel so that healing can occur. The song is a reminder that love and healing are around the bend when we open up our hearts and set our spirits free.

We are so grateful to Mitch for his incredible music and his wisdom; we extend our very heartfelt thanks to him for sharing both with us!

Mitch Tambo is a multi-talented recording artist who first wowed the Australian public when he performed a memorable First Nations version of John Farnham’s anthem, You’re The Voice on the 2019 Finale of Australia’s Got Talent. Mitch’s album Guurama-Li soared up the iTunes World Music charts in Australia, the UK, US and Europe reaching #1 in Australia, #1 in Denmark, #1 in Malta, #2 in the UK and #34 in the US. Mitch is a qualified social worker with a strong passion for diversity awareness. He is in high-demand as an opinion contributor, commentator and speaker on podcasts, and an acclaimed cultural practitioner and motivator across schools and for community organisations.  To learn more visit mitchtambo.com

NAIDOC week is held during the first week of July each year. In 2022 NAIDOC week is during the school holidays from Sunday 3 July to Sunday 10 July 2022. NAIDOC stands for National Aborigines and Islanders Day Observance Committee. The week celebrates and recognises the history, culture and achievements of Aboriginal and Torres Strait Islander peoples. NAIDOC Week is an opportunity for all Australians to learn about First Nations cultures and histories and participate in celebrations of the oldest, continuous living cultures on earth. All Australians can support and get to know their local Aboriginal and/or Torres Strait Islander communities through activities and events held across the country. To learn more visit www.naidoc.org.au